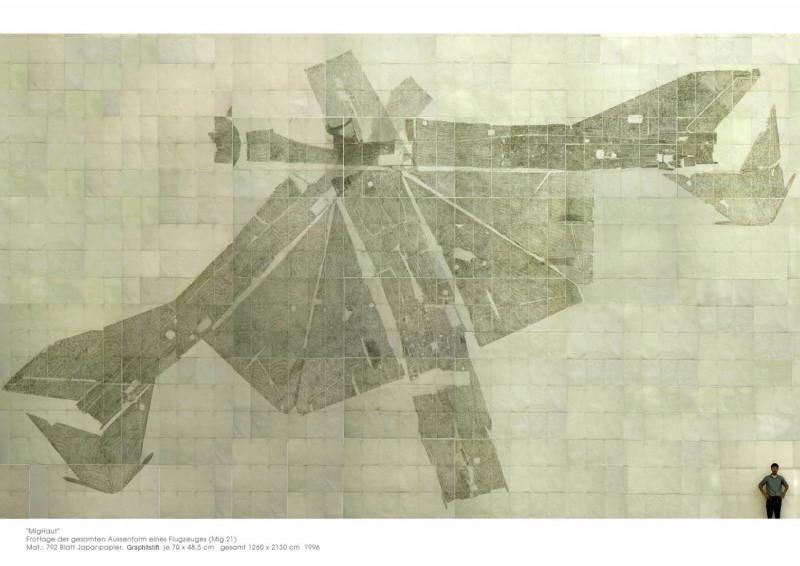 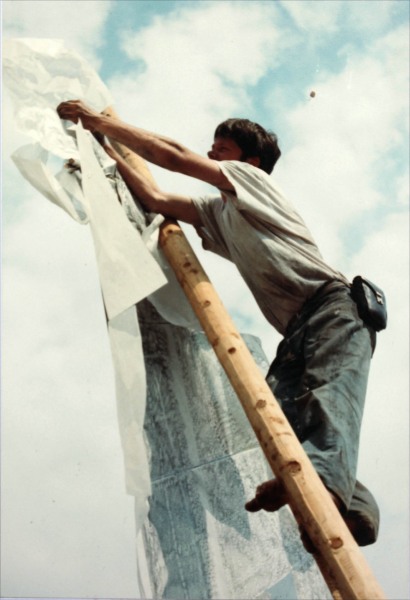 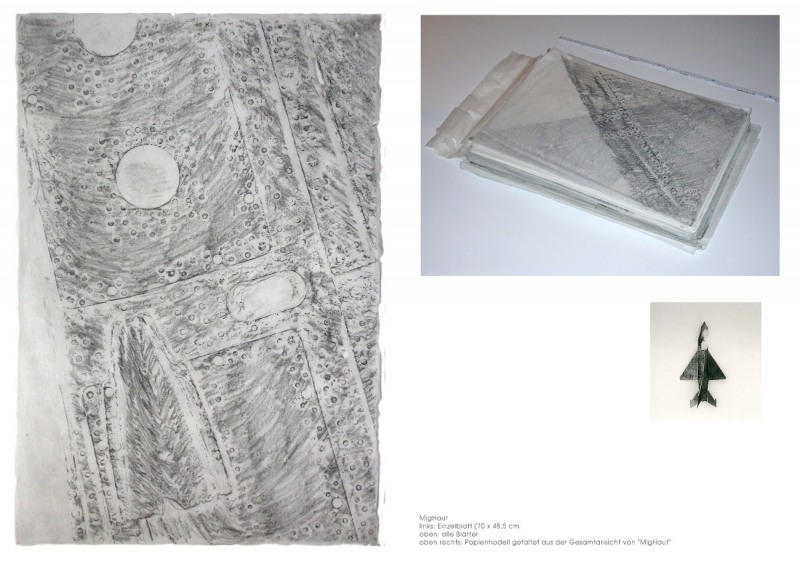 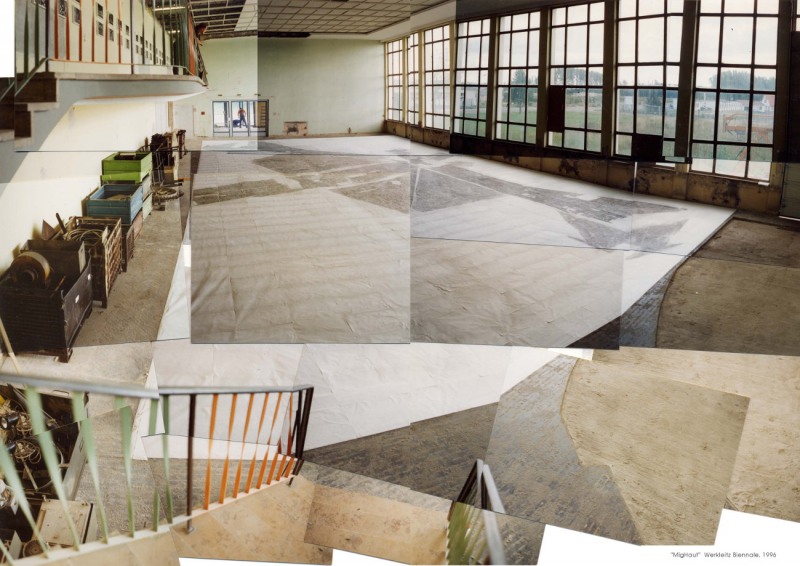 Martin Dammann's "MigSkin" is the frottage, i.e. the 1: 1 scale rubbing drawing of an MIG fighter aircraft. Its difference-symbolic cultural suppression lies in the pattern sheet before us. Placed on Japanese tissue paper, the now archaeological decollage of the fighter plane is placed near the machine parts and in the former seating area of the culture hall, a very clear and sensitive sign of the dimensions that the interplay of repression and monumentality can achieve in cultural centers. That right underneath the work, in the cellar, a nuclear bunker for the factory executives (former culture house, Calbe (Saale)*) was built, reveals once more the camouflage of cultural policy as well as the act of camouflage itself as cultural work.